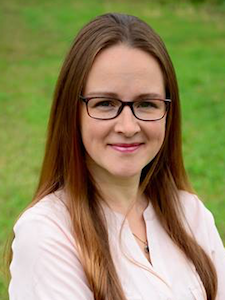 Alina Cameron resides in Slate River, Northwestern Ontario (NWO). She began her advocacy journey in 2016 while seeking an Autism diagnosis for one of her three daughters. Living in NWO, Alina and her husband quickly realized the immense barriers to even the most basic health care for children on the Autism spectrum. Alina joined forces with several other families in 2019 to co-found Northern Autism Families Matter. This coalition works towards amp
lifying the voices of Autism families in Northern Ontario, in the hope of one day achieving timely access to needs-based care. Together the group has realized an extraordinary list of achievements in a very short amount of time, including: multiple protests and media appearances, lobbying at Queen’s Park, meeting with MPs, MPPs, and MCCSS, as well as helping to create a network of Autism advocates that spans the province. Alina is also a member of the Thunder Bay Family Network.
By training, Alina is an epidemiologist, having completed her MSc in Medicine at the University of Manitoba. She concurrently completed the Laboratory Epidemiology Training Program at the National Microbiology Laboratory (NML). For several years Alina worked alongside many esteemed scientists at the NML, for PHAC as an epidemiologist, where she honed her scientific skills. During those years Alina also worked at the University of Manitoba as a research coordinator, conducted research locally for different organizations, and participated in local advocacy groups/coalitions. When she finds spare time Alina enjoys painting, reading, writing, and the outdoors with her beautiful family.