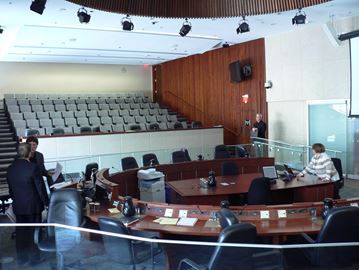 Hamilton councillors after an emotional plea from parents with autistic children, and Mountain councillor Terry Whitehead who is the father of an autistic child, approved a motion urging the province to reinstate the funding changes to its autistic program that were announced in March.