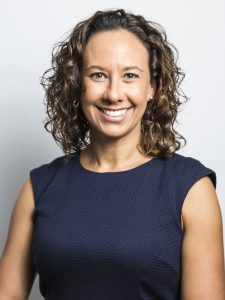 Melanie Battaglia is the proud mother of two young boys, Nathan and Aydin.  Nathan was diagnosed with autism spectrum disorder at the age of 4. Melanie was reminded of how complex and overwhelming the public health and education system is for individuals with special needs and put her years of advocating to work on behalf of her son and others with autism spectrum disorder.

Called to the Ontario Bar in 2008, Melanie brings a decade of experience in civil and family law to her role as Vice-President having worked at prominent Bay Street and boutique firms in Toronto, currently focusing her practice on family law and representing children and youth with disabilities in education law matters. Melanie has represented clients at various levels of court, administrative tribunals and in mediation and arbitration. A graduate of both the universities of Toronto and Windsor, she also volunteers as a mentor to law students. Melanie realized that she was passionate and committed to social justice and legal advocacy while working at the non-profit agency, The Woman Abuse Council of Toronto prior to attending law school. While at the Council, Melanie worked collaboratively with the Ministry of the Attorney General as a coordinator of the specialized domestic violence courts’ partner abuse response programs. The Council’s work in these courts informed important research initiatives, including a review of the impact of mandatory charge policies on victims of domestic violence. This research led to a 2005 report that Melanie co- authored titled, “Women Charged with Domestic Violence in Toronto: The Unintended Consequences of Mandatory Charge Policies”. While in law school, Melanie continued her work in social justice research and advocacy, co-authoring a 2007 report titled, “Supporting Child Witnesses Through the Criminal Court Process: Experiences of Children and Their Caregivers”. Melanie has coordinated and participated in various initiatives to raise awareness and support for organizations such as Big Brothers/Big Sisters, respite services and domestic violence shelters.

With the OAC, Melanie has a particular interest in working with the education system to ensure that the special needs of exceptional children and youth are fostered and developed in our public schools, along with supporting, teaching and empowering other parents as they navigate the public education system as advocates for their children. Nathan is Melanie’s greatest teacher and inspiration and she knows that one day he will be a tremendous advocate for himself and others. Until then, Melanie relies on her experience and skills to ensure that her son and all individuals in Ontario with autism spectrum disorder receive compassion, respect and the appropriate supports and services that they are entitled to.